It's Never Too Early

As a former elementary school teacher and now stay-at-home mom to my "Almost Irish Triplets" I know the importance of every facet of development.  I saw too many students struggle unnecessarily, in my opinion, with simple tasks.  This is why I believe in introducing things "early" and letting the skills develop on their own.

For example, reading.  Everyone knows the importance of reading.  My twins L-O-V-E to sit in my lap and listen to book after book after book.  Ethan . . . not so much, but I'm still hoping that will change :-)  But the best part is when they "read to me."  They will start at the beginning of a book retell parts of the story to me, and/or describe everything, and I do mean EVERYTHING in the picture.  This is awesome!!!  And as much as I'd love to say I taught this . . . I didn't this is what they want to do.  They know I love to read and they want to read to me!!!  (They turned 2 on July 22 of this year)

Letters-They love letters!  My sister got them this Elmo Letters on the Go 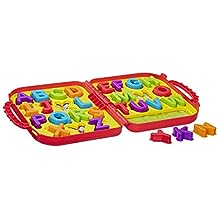 for their birthday.  By Labor Day they knew the name or had an association for all 26 letters of the alphabet.  They started with things like M is "Mommy's letter" and  D is "Daddy's letter and have since progressed with at least half of the letters to P is now "P Papa" and K is now "K for Katherine."  This came about through play.  They loved pulling the letters out and looking at the pictures underneath and asking me what they were.  I never pushed them, we just played.  Now they even say they want to "play letters," which means go through the letters and pop them out, name them, "spell" words, put them back, OK this part takes some reminding ;-)

Counting-the twins can rote count consistently to 5, sometimes making it all the way to 10!!!  This just started by counting the snaps on their onesies after a diaper change, 1-2-3.  Then increased to other objects.  Noah has even begun counting objects and moving them as he counts.  I didn't realize I was modeling this, but I am sure glad I did!  Katherine always has 5 things.  Even if it's only two grapes.  She will count correctly, but then insists on continuing to 5 . . . she marches to the beat of her own drum sometimes, but I wouldn't have it any other way!!!

Yesterday I introduced tongs for fine motor skill practice.  At first they needed help but within about an hour of exploring they were picking up just about any reasonable object without assistance!  I do want to mention that they are using two hands still, but because this is a fun new "toy" I imagine they will transition into using just one hand in no time at all.

So, what is it that you do with the young people in your life?  Any great activities?  Please share!!!
Posted by Mrs. Corbitt at 3:08 PM 1 comment:

Hello there stranger, it's been a LONG time!  Let me fill you in on a few things that have been happening in my life in my absence.

November 19, 2015-shortly before my last post I had a successful IVF transfer!

December 1, 2015-it was official I was pregnant and heard the heartbeats of my precious twins!!!

As a patient of "Advanced Maternal Age" (I had just turned 35 less than a month before) I had a lot doctor appointments and had sonograms monthly where I was able to see and hear the babies growth :-)

June 2015-I find out from my principal that I am moving out of 4th grade and down to 2nd.  I had already made it clear that I would be utilizing my leave time to spend with my babies that I had waited almost a decade to have. So 7 months pregnant WITH TWINS I packed up all my crap, I mean beloved items, and moved not just classrooms but hallways!

July 22, 2016-Noah and Katherine arrived!!!  They were the largest set of twins to be born at their hospital to date.  Noah was 7 pounds 5 ounces and Katherine was 6 pounds and 2 ounces.

I was able to spend the whole first nine weeks at home with the babies!!!

November 2, 2016-I went back to work.  It was so hard.  My class was challenging, but the most difficult thing was leaving the twins at day care, even though the facility and faculty were great.

February 3, 2017-I found out I was PREGNANT!  That's right . . . another miracle was on the way.  This was absolutely unbelievable . . . I wasn't ever going to get pregnant on my own . . . I heard this from several doctors.  I had the worst case of Stage 4 endometriosis one doctor had ever seen . . . and yet Ethan was on his way!

June 2017-I find out from my principal that I am moving out of 2nd grade and up to 5th grade math.  So 6 months pregnant and for the second year in a row I packed, and purged this time, my belongings and moved hallways AGAIN!!!

August 2017-I started the school year (for insurance purposes) and taught the first 6 weeks with a wonderful partner who took over the class fulltime while I was on leave and continued teaching in his excellence the remainder of the school year.  I was due back November 3rd (just one day later than the year before) but was able to resign.

September 8, 2017-just days before the dreaded Hurricane Irma hit Ethan was born.  He was and still is my best and most favorite surprise.

My babies are exactly 13 and half months apart, to the day!  This is why I call them my "Almost Irish Triplets."

Ethan just celebrated his first birthday a couple of weeks ago and I am loving being a stay-at-home mom!

I am hoping to blog regularly . . . grand ambitions, about our goings on and tips and tricks of the "trade."  Once a teacher, always a teacher, my class size just got a lot smaller.
Posted by Mrs. Corbitt at 4:10 PM 1 comment:

We have just about wrapped up our multiplication and division module.  However, I did want to post another resource here that matches an anchor chart in our classroom.  These are the steps that you can use to check your division. 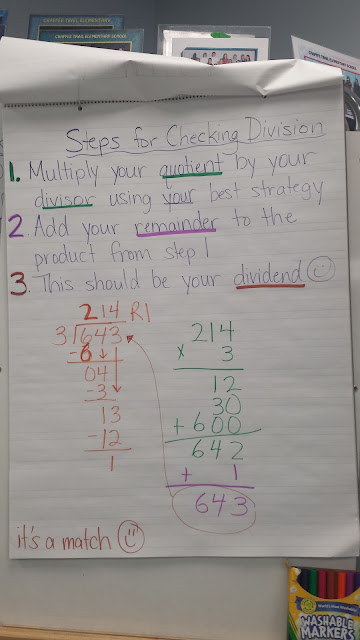 I hope that this was helpful :)
Posted by Mrs. Corbitt at 9:52 AM No comments:

When finding the factors of a number we look for the numbers that can be multiplied together to create that number.  We have been using what I call a "Factor Rainbow" to keep our answers organized.  You can use skip counting or division to help you find your factors. 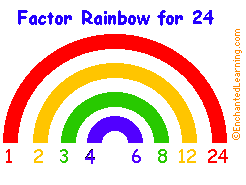 ***You can also use division to help you.  Here’s how, use the standard algorithm.  If you have a remainder then that number is NOT a factor!!!
Posted by Mrs. Corbitt at 9:35 AM No comments:

Back on November 2nd we began dividing using the standard algorithm (AKA long division).  Parents you are going to love, because this is the strategy that you are familiar with, however, it may be challenging for the students because unlike the multiplication strategies it is not a conceptual strategy.  In the student's math journal we put an entry color coding the steps.  I am hopeful that this colorful visual representation will help with the memorization of the steps.  Below you will see my entry. 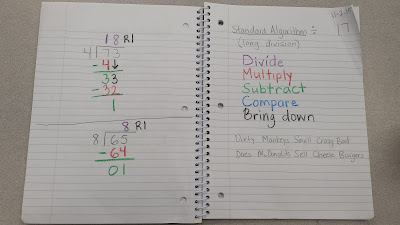 This will take some time for the students.  The best advice repeated practice.  You can print worksheets with 1-digit divisors and 2-, 3-, or 4-digit dividends for your child to practice.  Or you can make it a game by rolling dot cubes (dice) or flipping playing cards to create the problems.  Making it a game will be more fun and your child will stay engaged longer :-)
Posted by Mrs. Corbitt at 9:27 AM No comments:

OK, so I was so excited to begin blogging again . . . and then we sold our house.  Which was a HUGE blessing.  However, we had lived in the same house for ten and a half years and had accumulated a LOT of stuff!!!  So it has been a little crazy trying to pack, teach every day, move, teach every day, unpack, and did I mention still teach every day?!? Bill, Audrey (the world's greatest dog), and I are getting settled and hopefully I am back (for real this time).

I was on a very long hiatus, but now I'm back!  I would like to use this as a place to dig into our new math curriculum.  This year my district has adopted a "new" math, Duval Math (a combination of Engage New York and Eureka Math).  These are great curricula, however, as with anything new change is often seen as bad.

There are many great aspects of our "new" math.  Please join me in embracing the change.
Also, be on the look out for tips to help your child be successful this year!
Posted by Mrs. Corbitt at 6:55 PM No comments: 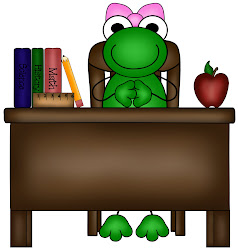 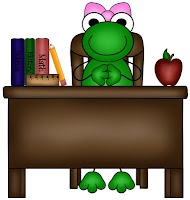 "If a doctor, lawyer, or dentist had 40 people in his office at one time, all of whom had different needs, and some of whom didn't want to be there are and were causing trouble, and the doctor, lawyer, or dentist, without assistance, had to treat them all with professional excellence for nine months, then he might have some conception of the classroom teacher's job."
~ Donald D. Quinn

Mrs. Corbitt
I was an elementary school teacher for fifteen years and absolutely LOVED my job! I was named my school's 2011-2012 Teacher of the Year and a semi-finalist for my district's 2011-2012 Teacher of the Year. I received my National Board Certification in 2007. I have a Master's Degree in Curriculum and Instruction with an emphasis in Reading. I firmly believe that if a child can't learn the way we teach, maybe we should teach the way they learn; therefore, I am not afraid to be an uber-dork if it means that my kids will learn. My husband Bill and I have been married for fourteen years and we have the best dog and the cutest and best set of almost Irish triplets in the world! 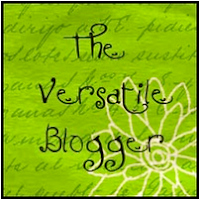